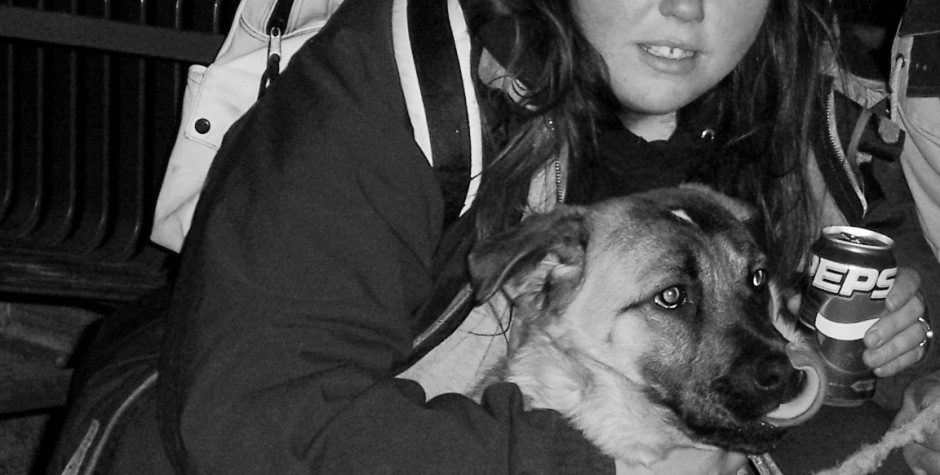 Desaree is one of our dearest friends. She and her husband, Bruno, attend our Wednesday Bible study at the Goldman’s house. This is her story in her own words…

How do you start a story that has no ending yet? Well, I guess the best way to start is the beginning.

When I was born, December 6, 1982, my mother waited two weeks before we left. We went from Texas to California where she and some guy robbed a liquor store. After that, we went straight to Colorado.

Once we were here, she met a guy named Leroy. Leroy and her would party all the time. When they were in the middle of it he would stop just long enough to beat me into unconsciousness everyday until I was two. I lived with my grandma until they found out she drank too. After that, I went from a foster home to a family. For some reason, the mother started beating me. So, I left there back to a foster home until I was adopted to the family I have now when I was almost four.

When I was almost six, my mom now started abusing me. Yelling, hitting, and being just mean. But, I had my dad who is still awesome that took me away when I was 9. We were happy until I turned 11 and we went to Guam.

Once in Guam, he was working so much. Everything from my past just started coming up. I was hanging out with the children in the complex a lot. There were three boys ages 14, 15, and 16. They started coming over to our house and raping me everyday. I was young, and they said they would kill my dad if I told. We left Guam 8 months later. I did have some fun out there though.

When we came back to the States, I was different. I was hurt, angry, and very scared. So I started experimenting with drugs and booze. Soon, I started running away. First it was to my “friends” house. His dad molested me. He made me think that it was ok.

Then, I ran again. This time, instead of to my “friends”, I ran to downtown. I got raped and beat up more times than I can remember. One time I got so sick I died for a couple of minutes in the hospital from a paratonsular abscess which caused pneumonia and repertory failure of both lungs. After that I was locked up for 10 months; 24/7 therapy. It helped so much, but that still didn’t stop the rest…

While I was in Jefferson Hills, I tried to reconcile with my mom. She refused to come to see me. I had very rarely seen her since my dad and I left at age nine. That little piece you will understand later.

While I was in Jefferson Hills, the youth residential treatment center, I tried to make friends. I’m always trying to get people to like me. I just tried to find people to love me and stick around even if they treated me horrible. As long as they stuck around, I stuck around no matter what! So I made friends with one girl in particular. I thought she was great. She said horrible things behind my back. Ok. She quit talking to me. Ok. She told some gangsters I did something and she almost got me jumped. Ok. Her name was Lynn. Lynn introduced me to a man named Michael after I was released.

Now, while I was better than I was before Jefferson Hills, I still had a lot of hurt inside of me. I ended up being with Michael for six years – the whole time maintaining a loose relationship with Lynn. Michael, at first, was a drug dealer. I got all the drugs I wanted and ended up running away again and getting addicted to speed.

My dad called my caseworker about six months later. I weighed 80 pounds. I was sent to the mountains for two months, and then I went to a group home. I immediately contacted Michael. He was 18 and I was 14.

I went to a wedding and got high on marijuana. But I went back to the group home this time. I started going to school and meeting new people. Tina, the group home mom, put me on urinalysis tests to make sure I was sober. I did very well and quit everything finally “getting the point” (for now). Things were ok. I got into trouble but not so bad as before. About one year later, my dad was forced to take me back. He didn’t want to, which is understandable, but I had problems with Tina. I tried to continue school, but when I turned 16, I decided school wasn’t right for me. I dropped out.

A couple months past December, my dad did something. Because I was mad at him for doing something I considered unforgivable, I got pregnant. To him, getting pregnant was unforgivable.

As soon as I told Michael that I was pregnant, he quit talking to me and we broke up. When I started to miscarry the first time, I spotted my mom. She came and sat with me at the hospital. When I really started to miscarry, my mom was gone. I don’t know where she went. I called Michael. He refused to take me to the hospital, alienating me from his life. He was constantly doing that. My dad refused to take me also. Everyone did except my best friend’s dad. Shortly after this, I went into my first deep depression.

I stayed in my room only leaving it to eat, shower, and go to the bathroom for six months. I just wanted to die – I couldn’t even make a baby right. Somehow, I got back with Michael and started using drugs here and there again and lying to my dad. I also started to believe in God, but I hated Him at first being angry because I didn’t understand how he could let everything happen to me. When I was 17, I read the quote, “Without pain and suffering, there would be no compassion in this world.” That made sense to me. I wasn’t angry anymore with God, but I didn’t understand the love of Christ. So, I continued with my destructive life.

The day I turned 18, my dad gave me $1,000 and told me to pack up and hit the bricks. I lived in a motel for about two months until the money was gone.

Then I moved in with Michael and his brother. I got my first job and got fired the first day. Feeling discouraged, I just did drugs with Michael and his brother a lot of the time and did the things tweekers do – you know, running around and stuff. I got my GED that year when I was almost 19. Michael’s brother went to jail and lost his apartment, so we moved in with their mom. I started working at a gas station. I quit. I worked at another one and quit that one too. I started going to college and moved back to my dad’s.

I spent five years with Michael and regularly dealt with verbal abuse from his family. They were constantly making fun of me and I just put up with Michael’s head games. Somehow, he talked me into an abortion, even though I never believed in it. Just before that, I met Brian. I left Michael many times to be with Brian, but I always went back to Michael.

Needless to say, I met my future husband that year, but the hardest and most painful time was yet to come. God Bless the rest of this . . . To Be Continued.