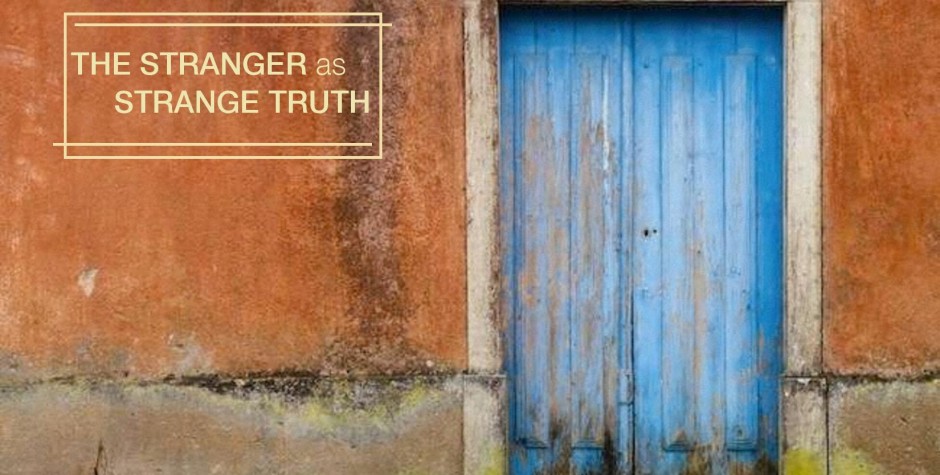 In the past two posts, I’ve discussed hospitality through an ethical lens: it is good and right to extend hospitality to the stranger. Jesus’ example is always that of the welcoming host or the disguised stranger. There is something inherently good about this interaction. As I mentioned in my last couple posts, the stranger is always a gift.

This begs many questions, but the largest question in my mind is:
What kind of gift is the “stranger”?

Parker Palmer, a wise, wise educator, talks about the value of hospitality in his book To Know as We Are Known: Education as Spiritual Journey. This is a book about teaching and learning…not the kind of place where you would expect to have hospitality as a theme, and yet it is at the heart of the Palmer’s exploration of truth-seeking:

“Hospitality is a central virtue of the biblical tradition itself, where God is always using the stranger to introduce us to strangeness of truth. To be inhospitable to strangers or strange ideas, however unsettling they may be, is to be hostile to the possibility of truth; hospitality is not only an ethical virtue but an epistemological one as well.”

If I’m reading it correctly, Palmer’s thought is that the gift we receive in the stranger is found not only in the person, but also in the movement to hospitality itself. Being hospitable isn’t just good because it is a Christian duty, but also because of its capacity to open us to truth. Ethics is concerned with good conduct. Epistemology is concerned with knowledge and truth. If it is fear that keeps us from hospitality, the movement from fear to courage is also the movement from unbelief to belief, from partial truth, to a more full truth.

Being hospitable is also about being humble. If we know that truth will come to us as a stranger, it means that there might be some truth that we don’t know yet. It is an admittance that Truth is larger than me and my experience, my interpretation. Truth expands and gets into every nook and cranny of the world…and other people possess it as well. Opening myself to the stranger means I can know God and God’s world in a new way.

There is something about learning as a human that necessitates personal interaction with truth. I can’t remember anything I learned in high school from a text book, but I can remember a lot that I learned in relationship with my teachers, friends, parents, pastors, and other people that I met during that time. This makes the story of Jesus’ entrance into the world important on a number of levels. Perhaps one of the craziest parts of Christianity is that, though it has largely developed based on a book, it claims that the Truth is to be found in the form of a person, a person who can’t even be encapsulated by that book.

“And there are also many other things which Jesus did, which if they were written in detail, I suppose that even the world itself would not contain the books that would be written. (John 21:15)

“Behold, I stand at the door and knock; if anyone hears My voice and opens the door, I will come in to him and will dine with him, and he with Me.” (Revelation 3:20)

Truth dwells among us. Sometimes truth knocks at our door. Sometimes we have the pleasure of dining with Truth.

“For I was hungry, and you gave Me something to eat; I was thirsty, and you gave Me something to drink; I was a stranger, and you invited Me in; naked, and you clothed Me; I was sick, and you visited Me; I was in prison, and you came to Me.’ Then the righteous will answer Him, ‘Lord, when did we see You hungry, and feed You, or thirsty, and give You something to drink? And when did we see You a stranger, and invite You in, or naked, and clothe You? When did we see You sick, or in prison, and come to You?’ The King will answer and say to them, ‘Truly I say to you, to the extent that you did it to one of these brothers of Mine, even the least of them, you did it to Me.’” (Matthew 25:35-40)