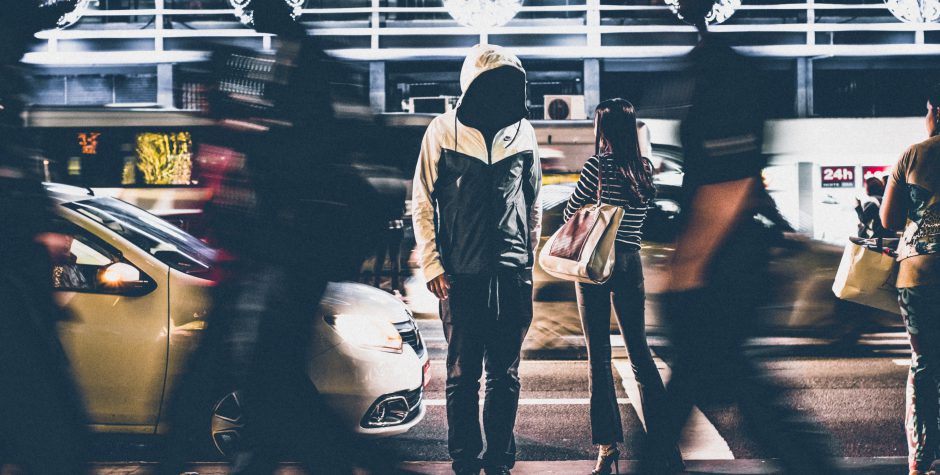 People in Passing: The Anxiety of Living and Moving

The culture of street kid life is inherently transient – beds, clothes, and meals come and go on a day by day basis. It’s not uncommon to see someone flying a sign on 16th street mall to raise money for a Greyhound bus ticket, saving up a bit each day in the hope of moving on from Denver. The promised land is often the promise of job in a faraway city, or the dream of a new street to hang out on or a new climate.

On 16th street a few weeks ago, we encountered a man on his way to Ogden, Utah, who had rolled off a train too early and found, instead, the Queen City skyline rising ahead of him. I also often think of a friend I met four years ago, an older woman who had been traveling across the  country on a bus to see her son. A rowdy bachelorette party on the Greyhound made such a ruckus that all of the passengers were forced off the bus and left without their belongings at the Denver station. The same woman, now at a Dry Bones picnic on a random Friday years later, had been abandoned without money, spare clothes, or a way to contact family. Stories of transience frequently become stories of people who find themselves financially or physically stuck. In these moments, I’m reminded of the blessing it is to have something to rely on, even if it is just a few numbers and letters strung into an address, or somewhere safe to lock up a bike. We all share this yearning to be sure and unquestioning of our purpose and our security, and these hopes often become the centerpiece of our lives.

But so much of life is also about discovering the gaps between our expectations and reality. I sometimes take for granted the fact that the other summer interns and I will inevitably run into our community on 16th street, and find myself disappointed when friends don’t show up to picnics or are absent from their favorite corners. This feeling of confusion and helplessness came to a head during a recent stroll down the Mall, where we met a young man, who I’ll call Max. He was walking aimlessly, we noticed – his feet dirty, wounded, and bare on the hot sidewalk. In our short conversation, we learned only fragments about his life and character. Max told us briefly that he’d come from New Orleans, and confirmed the fact he had no shoes, no backpack, no pockets. What we saw – a bic pen, a few pieces of paper, and a sunburn – was all he had. I’ll never forget the way he smiled when I told him the date and time, information I accessed easily from a glance at my watch. He recognized the brand: “Everything you need, right there on your Casio,” he said. Despite our invitation to the picnic and promises to get him gear, Max has physically disappeared from our lives, though his memory remains fixed for me, a reminder of my own powerlessness. I have hope that God tangibly provided for Max, as our offer to help him went unanswered.

Why do people come to Denver? Why is the population growing unsustainably? Where will we all go? Where are we going? These are questions Max forced me to consider. Perhaps it’s the nice weather, the strong street community, or the enchanting mountains and their promise of adventure. Whenever I fear my next step or feel restless in this overwhelming and broken city, I’m reminded of Micah 4:1-4 from The Message:

“When all is said and done, God’s temple on the mountain, firmly fixed, will dominate all mountains, towering above surrounding hills. People will stream to it and many nations set out for it, saying, ‘Come, let’s climb God’s mountain…He will teach us how to live.’…He’ll establish justice in the rabble of nations and settle disputes in faraway places….Each man will sit under his own shade tree, each woman in safety will tend to her own garden.”

There is rest for us in this promise today, even as we await it’s final fulfillment.