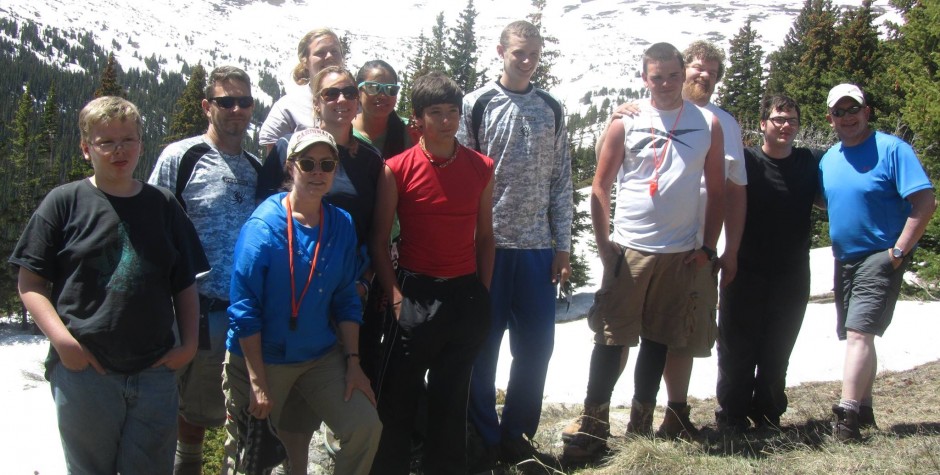 A couple weekends ago Robbie and I got the opportunity to visit Union City, Tennessee to spend some time with friends at Exchange Street Church of Christ and Troy Church of Christ, two churches that took part in our Elevations program this summer. They had asked if we would do a follow-up trip to join them in spreading the vision of Dry Bones to the rest of the congregation that didn’t make the summer trip. These follow-up trips usually happen with a couple churches each fall, but since I only started full time in January, this was my first follow-up with an Elevations group. I was excited to get to spend some time with a group in their hometown but I really didn’t know what it would be like, so I had few expectations.

We flew into Memphis on a Friday evening and got on the road to Union City right away. It was about a three-hour drive from Memphis, passing through one small town after the next. It was quite a different culture from Denver, CO but it made me all the more excited to see how Dry Bones’ ideas could be applied in such a different environment. We arrived in Union City pretty late that evening and then stayed up even later, catching up with friends we had made this past summer.

Saturday, we got to join Exchange Street Church of Christ for a picnic they had planned at a nearby park, in an effort to get to know some folks who lived in a rougher part of town. The idea was to go to this park and set up a picnic and games, invite everyone in the neighborhood, and hopefully start some relationships with people they didn’t know. They were bringing Dry Bones’ vision of showing people worth and value back to their town, seeing a way that they could demonstrate love and acceptance in their own community. It was an awesome, yet simple way, to create an intersection with a group of strangers who lived just blocks down from the church. I was really impressed by the idea and the picnic turned out to be an awesome time, bringing people from different backgrounds together over a meal and an afternoon of fun.

Witnessing this picnic, with this “Dry Bones” approach to a community I was not familiar with, was refreshing and inspiring. The Exchange Street Church family had taken the idea that “everyone belongs” and thought of a creative way to show unsurpassable worth to some people in their own community. Being a part of this picnic and seeing the impact it had, on both the church and the neighborhood they were reaching out to, gave me a fresh perspective of the Dry Bones vision and reminded me that it can change lives anywhere.

The next couple days were spent sharing meals with friends and joining these two churches to talk about and share the vision of Dry Bones. As I got to talk to individuals at both churches, I realized that these people were taking what they had learned from Dry Bones, either through personal experiences or stories from others, and applying it to the way they live, the way they view their world.

At Dry Bones we frequently talk about spreading a “contagion” that we have caught. We have a growing vision that powerfully affects our lives in many ways, and our hope is to pass this vision along to others, so that this contagion of love can continue spreading.

These two churches caught that vision this summer and are living it out in powerful ways in their hometowns. They returned home from the Elevations trip with new eyes, seeing their town from a new perspective. They saw barriers that they hadn’t seen before, and thought of ways in which they could break down the walls of “us and them.” What had once been a rough part of town full of strangers became a group of friends and neighbors who were worth their time and love.

At the picnic on Saturday, something really cool happened as people were coming from the gated apartments into the park. Instead of walking around and using the gate in the fence, little kids started climbing straight through a section of the fence where the bars had been bent to make an opening. They were too excited and curious to walk around to the gate and since someone else had already bent the bars, why not use that entrance?

It seems we often encounter fences and walls in our own lives that seem too hard to break down. Sometimes divisions exist that have been around for as long as we can remember and we really aren’t sure how to break these barriers down, even if we want to. The kids at that park in Union City were a great example of how sometimes we just need to bend the bars a little, create just enough of an opening to get through to the other side.

We may not be able to completely tear down the walls that are built up to create an “us vs. them” mentality, but sometimes we can create a hole just big enough to squeeze through, letting people know that we don’t feel separated from them. Whether it is in churches, families, friend groups, or our own personal lives, I think it is necessary to examine what walls are keeping us from loving others. Being able to identify the barriers that exist around us may not make them completely disappear right away, but at least we can start working to bend bars and create openings to reach out to those on the other side of the fence. 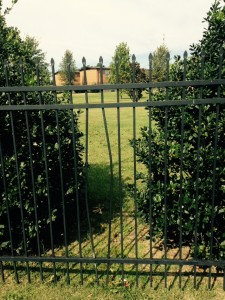