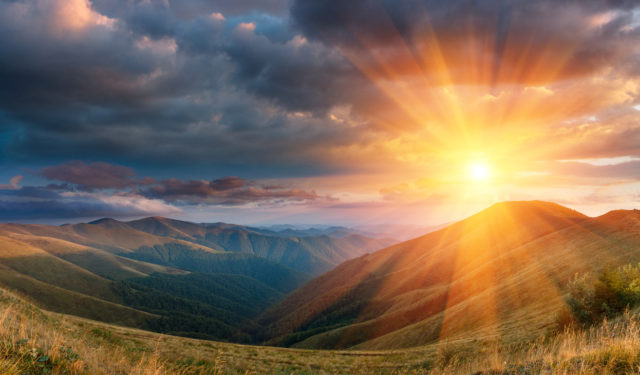 Koyaanisqatsi: Life Out of Balance

I was seven years old when Koyaanisqatsi: Life Out of Balance was released. That was also the year that I became conscious of God’s indwelling Holy Spirit and chose to move Him to the center of my awareness. The hymn I Have Decided To Follow Jesus, which has always been one of my favorites, took on greater meaning and I found myself slipping out from the pew one Sunday morning and walking down the aisle to publicly declare the decision I’d made to put myself in the orbit of Jesus.

I was baptized by my father later that year, buried to sin and death, and raised to new life. I don’t fully comprehend the mystery of the sacraments, but I know that when I came up out of that water my reality had shifted. My old friend, that small, still voice who has always been with me, began to speak more clearly. In those conversations, those inner whisperings of truth, I began to see those places in which life is out of balance, within myself and within the world around me. My newfound awareness of the dissonance between the actuality of our experience and its ultimate potential manifested itself in the usual ways, disappointment, sadness, anger, and shame, but beneath it all ran a golden seam of hope.

I have not always chosen to accept hope’s invitation to move toward balance, alignment, and harmony with our Creator, and myself. At times I have succumbed to the slumber of despair, drifting through life, half asleep, numbing myself with whatever diversion or distraction I stumbled upon. Yet, there continue to be those moments of encounter, when the time is right, that I find myself in that thin space, on the threshold between this plane and another, and I discover again that the journey is in the return.

I often find that it takes some bit of unpleasantness to wake me from that slumber, as the challenges of this year have served to do. It has not been an easy year, but I am disappointed, even discouraged, when I am faced with what feels like a collective desire for it to be behind us. It’s almost as if there is a desire to drift into sleep on December 31st and never wake from the dream that everything has returned to the way it was before, and we can proceed with business as usual. END_OF_DOCUMENT_TOKEN_TO_BE_REPLACED