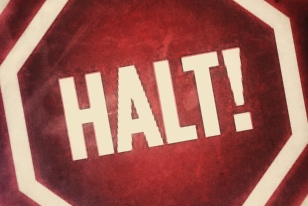 In Alcoholics Anonymous, HALT is an acronym used to help prevent relapse. HALT stands for the vulnerable circumstances that often create relapse moments. H is for Hungry; A is for Angry; L stands for Lonely; T is for Tired. When I first read of HALT, I immediately thought of the daily life of many of my friends living on the streets.

Being present during vulnerable times sometimes allows Dry Bones to assist in the ability to help a friend make the next better choice instead of giving in to an unhealthy one.

Hungry? Yes, every day. Angry? Not only angry, but with a deep wounded heart washed with fear and negative influence.  Lonely? It’s the number one adjective I’ve heard used to describe life over the past decade on the streets. Tired? This word provides a physical and emotional summary of my friends’ daily lives.

The acronym caused me to wonder, “In what ways does Dry Bones enter in to our friends’ lives in each category?” and, “Can we provide more?” Here are a few examples of what I’m talking about.

Hungry
My friend was very sad when I saw him the other day. His usual greeting was simply replaced with a nod of his head. When I asked if he needed anything, his request was simple, “I am hungry.” What I did not know at that point is that my own hunger would soon be filled as well.

“I would really love to eat a Spicy McChicken,” is what my friend said when I asked if I could take him to lunch. He described to me how the taste of a Spicy McChicken is such a familiar taste to him that it essentially comforted his soul as much as his stomach. Before we ate, he asked if he could pray. He began to thank God for the meal and for the many other times that God had provided when he needed food. He asked that God would provide for others that were still hungry out there. The prayer brought comfort to both of our souls. Hunger, I found that day, is resolved in more ways than with just food.

Angry
Surprisingly, Facebook now plays a unique role in the street life. The other night, I stumbled on to a shocking video my friend had posted. Seeing his fight on my screen broke my heart.  The anger in the voices and the hits and kicks are each easy to replay in my mind.  I remember trying to imagine what could have possibly happened to cause that much anger to come out of someone I knew as so loving.  I had seen this person angry before but with an ability to not lash out like I was seeing on this video.  Soon after the fight, we had a conversation about it. As we talked, it became apparent that the other person had been verbally abusing a close friend. Of course, that angered my friend because it brought up memories of his own abuse.  “You just can’t treat people like that! If you do, you deserve to get stomped.”  A fight seemed to be the only resolution for the anger that had erupted within my friend. I assured my friend that I wasn’t there to be judgmental, but I tried to remind him of his worth and value. Then, together we tried to consider the worth and value of his opponent.

Lonely
I read once that the poor desire beauty more than food. I see truth in that. I see that people desire companionship as much as beauty. The other day, I found myself sitting with a friend who was weeping over a lost love. They were just so sure that this one would be the “one” that they would hold and wake up next to forever. I see now how abuse plays out in my friends’ lives. Their vulnerability often leaves them longing to simply and safely be touched. Loneliness carves deep ruts across my friends’ very being.

Tired
What does a movie do for you? For me, it’s often a break from reality. It transports me to fantastic new lands.  A movie can easily be the excuse to eat way too much buttery popcorn. Maybe it is that perfect first place to create a friendship or even the relationship of a lifetime. When Dry Bones takes our friends to movies, we find that it is often the setting for…sleep. The darkness of the movie theater is the most comfortable, safe, and relaxing spot they have found in many days and many restless nights. A worn and tired young person settles in for two hours of luxurious sleep. I love taking friends to the movies.

I hope for my friends that one day the HALT acronym can be for them something they have to remember, not live. Yes. This breaks my heart. It also reminds me of the overwhelming need to enter in, love, comfort, and be present among my friends. These four words represent a portion of the “strikes” against my friends’ sobriety, much less existence. In a unique way, these four words help me shape Calvary-love throughout the day. May your own HALT become extinguished this week as you recognize and intentionally enter in to the HALT of those around you.