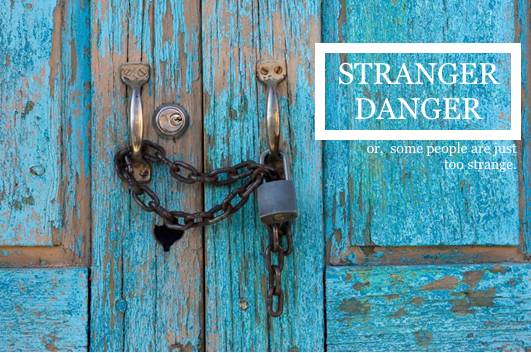 My last post was about the way that fear can keep us from welcoming strangers. This post is similar. I’m interested in looking briefly at the history and current reality of the United States as it relates to hospitality. This is the place that has formed me and that I am participating in forming.

We often hear about “southern hospitality” as a kind of archetype. It conjures up images of sweet tea, well fried and gravy-ed meals, good manners, “hunny” and “sugar,” and “sir and ma’am.” As some friends of mine from Texas told me, when you are practicing southern hospitality, “you’ve never met a stranger.”

I didn’t understand the phrase at first. But as they explained it to me, I came to understand it as meaning an attitude of welcoming and familiarity that should be extended to all people. While I was asking my Texan friends about this idea, one guy, encountering his own limitations said, “Well, see, I don’t think that is true for me. I think I am happy to extend hospitality to family, to friends, or to family of friends, but I wouldn’t let just anyone into my house.” Others at the table nodded, and I was thankful for the self-reflection and helpful distinctions in his words. His honesty made me shift my gaze from the word “hospitality” to the word “stranger.”

Keep people out. Shut the door. Protect the border. Voting booths are only for white, property owning men. How could you be so ridiculous to affiliate with that political party? With that religion? With our laws, our systems, our language, and our hearts, we shut the door and lock it. I don’t want to be intruded on by the discomfort of life and of different realities and interpretations of these realities. I avoid family members with whom I disagree. I make people change to interact with me. I only go places where I can avoid being challenged to think, act, or be different. I only invite people in who aren’t too strange. And for this, I need to be forgiven.

Usually we only let “strangers” in if they are strangers in whom we have confidence. Perhaps our best friend’s cousin can come over for a meal, or the random couple we just met at our church. We know they are “good people” when we know who they are associated with or what their general belief structure might be. In short, we can let in strangers if they aren’t all that strange to us.

The idea that “I’ve never met a stranger” is, ideally, a nice one. The problem is that there are strangers, people who I do not know or understand, people who are not familiar to me. If I haven’t met one, it is probably because I am afraid to do so.

There are some inherent power dynamics at work here. Even in the way I’ve been typing, I find myself typing words like “let them in” and I become aware that I’ve only been defining “stranger” from my perspective. But, it must be noted that “the stranger” must choose to come in, and can’t immediately be expected to consider me a friend. There is a freedom here. This is not mere social formality or duty. In the extension of hospitality, we create a free space of belonging for ourselves and for others, we extend the familiar boundaries and borders, we come alive to how expansive, surprising, idiosyncratic, creative, and far-reaching our God is.

How can I expand my definition of “stranger”? Who will I engineer into my life? To whom can I extend an invitation? Whose invitation can I accept?