As we continue our mission among Denver’s unhoused teens and young adults, your participation is vital. We will celebrate together, look back on the last 20 years of the Dry Bones journey and dream for what’s to come! To learn more about the evening, donate and purchase tickets click here! 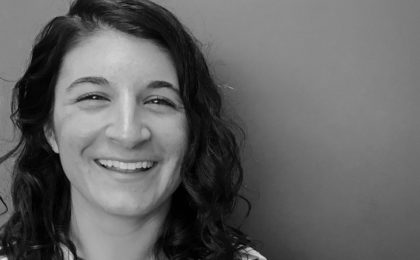 August 18, 2021 | Haley Andreades Vermeer When I first arrived at Dry Bones, I felt hopeful and energetic, excited to live the kind of life I had long wanted to live—one with purpose and depth, one in which I felt like I was actually doing something in the community. I had spent nearly my whole life in school, writing paper after paper and reading book after book about people who had done something. I admit I had a bit of a savior complex at first, but I eventually realized that wanting to do something in the world wasn’t an inherently evil desire. I realized that it mattered what I understood “doing something” to mean. In school, “doing something” usually meant achieving something tangible, getting an A on a paper, making the Dean’s list. In other arenas of life, “doing something” involved other forms of earning or striving, other ways of proving that I was capable, competent, somehow impressive. Building community at Dry Bones often didn’t feel like “doing something” in the beginning. We weren’t providing affordable housing; we weren’t solving houselessness. Relationship alone wasn’t going to alleviate our friends’ pain and wouldn’t get them a safe place to live. At times I felt disappointed, as if my anticipation for living a kind of life I had wanted to live had been in vain. END_OF_DOCUMENT_TOKEN_TO_BE_REPLACED 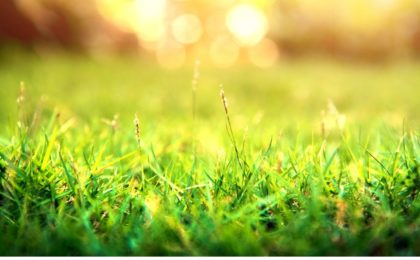 May 12, 2021 | Haley Andreades Vermeer Last week I found myself in the Denver Art Museum staring at a sculpture featuring pairs of pantyhose attached to a blank white wall in vaguely-geometric patterns. Some of the pantyhose ends were filled with sand and resting on the floor. Right outside the exhibit played a video of a woman moving, dancing, and interacting with a similar arrangement of pantyhose. In the video, a musician played lightly and gently, the dancer moving to the music. She moved her body through the spaces in between the pantyhose and the wall and occasionally picked a strand of pantyhose and moved it where she wanted it to go. As she moved, the sculpture changed. The entrance to the exhibit featured a quote by Senga Nengudi, the visual artist known for her abstract sculptures made of everyday objects and accompanying choreographed performances whose work was featured therein.

“How do you respond? To your environment, your city, your community? What do you make of this world? How do you transform what you find into what you would like it to be?”

Recently, Dry Bones outreach staff spent some time with college students from Northwestern College through a spring service partnership. As part of our time together, we stood and each stared at one square foot of earth below our feet. This was followed by kneeling down and observing that same square of earth. Finally, we laid face down in that square and stared intently at the earth below. By the time we laid down, blades of grass grazing our chins, we had spent about 10 minutes in silence staring at the ground. END_OF_DOCUMENT_TOKEN_TO_BE_REPLACED 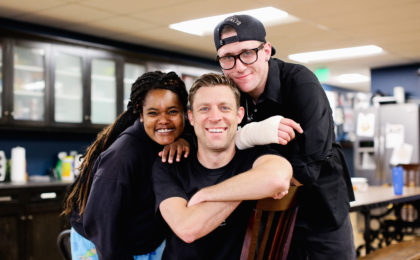 February 4, 2021 | Matt Wallace Tell Me More About What Dry Bones Does I was 8 when I first got sent to the principal’s office. I bit my best friend on the hand in a fight. I know, I know - awful fighting skills. My mom picked me up from school and I got a talking-to. She was angry and disappointed but eventually expressed her unconditional love to me. I had to choose between jazz band and basketball in high school. My parents helped me think through the decision, but promised to support either choice. I chose jazz band and they came to every performance. It was only a month after receiving my driver’s license at 16 that I got my first speeding ticket. My dad helped me figure out how I would pay the fine and talked to me about driving more safely. He even taught me the “5-over rule.”  I remember being 17 and thinking about going to college. Where would I go? How would I pay for it? What would I study? What’s a FAFSA? My parents were there to help me fill out all the forms, celebrate my acceptance letter, apply for scholarships, and even helped me pack up for the dorm.  I was 23 years old when I decided to propose to my girlfriend. It was obviously the biggest decision I had ever made in my life. I was young, in love, and overflowing with excitement. Sometimes we think we know and sometimes we absolutely know. I couldn’t see 15 years into the future, but I sure could see today! I just somehow knew that I wanted to spend the rest of my life with Nikki Schweikhard.  I went over to my dad’s office for a very important visit. I needed advice. I needed ideas on how to afford a modest ring. Of course I would go to his office to share this news and seek his wisdom. He joined in my excitement while calmly infusing his wisdom.  END_OF_DOCUMENT_TOKEN_TO_BE_REPLACED 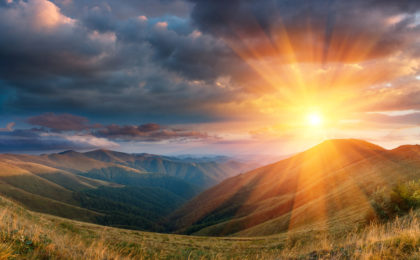 Koyaanisqatsi: Life Out of Balance

December 30, 2020 | Mark Wilson I was seven years old when Koyaanisqatsi: Life Out of Balance was released. That was also the year that I became conscious of God’s indwelling Holy Spirit and chose to move Him to the center of my awareness. The hymn I Have Decided To Follow Jesus, which has always been one of my favorites, took on greater meaning and I found myself slipping out from the pew one Sunday morning and walking down the aisle to publicly declare the decision I’d made to put myself in the orbit of Jesus. I was baptized by my father later that year, buried to sin and death, and raised to new life. I don’t fully comprehend the mystery of the sacraments, but I know that when I came up out of that water my reality had shifted. My old friend, that small, still voice who has always been with me, began to speak more clearly. In those conversations, those inner whisperings of truth, I began to see those places in which life is out of balance, within myself and within the world around me. My newfound awareness of the dissonance between the actuality of our experience and its ultimate potential manifested itself in the usual ways, disappointment, sadness, anger, and shame, but beneath it all ran a golden seam of hope.

I have not always chosen to accept hope’s invitation to move toward balance, alignment, and harmony with our Creator, and myself. At times I have succumbed to the slumber of despair, drifting through life, half asleep, numbing myself with whatever diversion or distraction I stumbled upon. Yet, there continue to be those moments of encounter, when the time is right, that I find myself in that thin space, on the threshold between this plane and another, and I discover again that the journey is in the return.

I often find that it takes some bit of unpleasantness to wake me from that slumber, as the challenges of this year have served to do. It has not been an easy year, but I am disappointed, even discouraged, when I am faced with what feels like a collective desire for it to be behind us. It’s almost as if there is a desire to drift into sleep on December 31st and never wake from the dream that everything has returned to the way it was before, and we can proceed with business as usual. END_OF_DOCUMENT_TOKEN_TO_BE_REPLACED